On the Wrong Side of History. 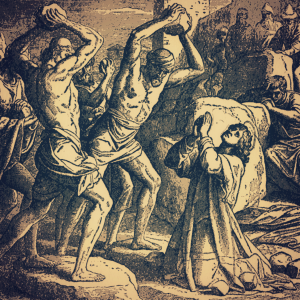 Being “on the wrong side of history” is a phrase that finds its way into the media from time to time. When asked why someone would support controversial issues, such as same-sex marriage, abortion, and even the legalization of marijuana, this is a defense to which they often cling. Such a defense has even found its way into the pulpit, the sermon, the homily, and even the Christian blogosphere.

There seems to exist a new breed of Christian in western culture. A politically correct Christian of sorts, who will go so far as to redefine their understanding of the faith in order to avoid being “on the wrong side of history…”  Don’t get me wrong, quite the case has been established to support this way of thinking. Extremist groups such as the KKK and more recently, Westboro Baptist Church have both come under the guise of “doing the work of God.” As we learned, both during and after the fact, all Christians supporting these causes were certainly, on the wrong side of history. Add to these two blemishes, the grossly ill-perceived crusades, the sex-abuse scandals, among other things and anyone would seemingly be justified in their opinions towards Christianity.

We know that for the most part, many have caused pain and suffering to others while proclaiming the name of God. It is because of these occurrences that Christians have gone to great lengths in order to do some “damage control” to the public reputation of Christianity. What happens, then, when the efforts to earn trust and to get people back to Church becomes the focal point of ministry? I’m not talking about evangelism or salvation… I’m talking about the effort to make Church “relevant” again.

Many people cite the source of Christian bigotry as being rooted in the antiquity of the doctrines and teachings. Churches, today, are radically redefining their worship practices in order to stay in tune with society. This is ok; by the way, even orthodoxy can afford to be expressed in a dynamic way but not at the expense of truth. Unfortunately church movements by the busload are officiating same-sex unions, remaining silent on the contraception and abortion issues, and even distancing themselves from other movements that might be viewed as “dated.” So much for unity, right?

Faith is most effective when we uphold the truth at all cost. There, I said it. The “experience” that any Christian community can provide must always be subservient to the truth that it is proclaiming. Standing for the same truth that the Apostles and the early Church gave their lives for is the only way to preserve Christianity. If we continue to embrace the new normal, as established by secular culture, the Christian movement will lose its identity as well as its credibility. Therefore, I implore you, defend the faith so that when you pass from this world onto the next you won’t be found… on the wrong side of history.