A Brief Reflection on Faith and Family. 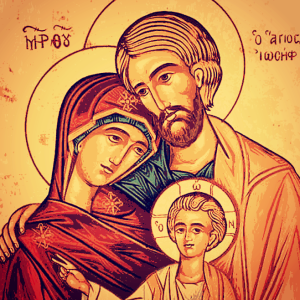 Being a person of faith has never been easy. More specifically, being a person whose faith is in Jesus has never been easy. Persecution has always been at the door of the Church attempting to tear her down and to shatter the hearts and minds of the faithful. For many, the pressure has proven too great and subsequently forced many believers down the path of conformity; the wide road.

Persecution, however, is not always the kind that directly attacks what we believe in a literal ‘convert or die’ sort of way. Sometimes persecution comes when certain social issues become the focal point of social and political debate and Christians are forced to take sides. Are we compassionate? Are we judgmental? Are we outdated? Are we relevant enough? Many questions plague the Church and cause believers to doubt; cause us to second guess ourselves. I’ve written a post before about the implications of being ‘on the wrong side of history’ which can be viewed either from an eternal vantage point of from the perspective of being culturally ‘correct’. Taking sides is the demand of the world on the Church today. Today the world is telling us to “Choose this day, whom you shall serve!”

My wife and I recently welcomed our second child and we are simply overjoyed. Our family is growing and what weighs on my mind most is the world in which my children will grow up. As a husband and father I have the duty to lead my family, to keep them safe, and to raise my children up in the way they should go. Unfortunately, our family (and every family, for that matter) is under attack. Passing on the truth of our Catholic faith, the values that my wife and I hold near and dear will now be a competing view; relative to what my children are going to see at school and in the lives of others. I will have to explain to my little girl why two people of the same gender are now married or why racism still exists. The family is under attack.

“As the family goes, so goes the nation and so goes the whole world in which we live.” – Pope Saint John Paul II

You may be searching for the direct correlation between social issues such as race and gender relations and the family. What do each of these have to do with one another? Everything. When traditional marriage is no longer the norm it means not every child in school will be receiving the same ‘talk’ at ‘that certain age’ anymore. When the boundaries of gender are diminished, teaching your daughter to be a woman or your son to be a man will be viewed as backwards or counter-intuitive in the eyes of society. Raising up a godly family will become associated with extremist or radical religious behavior and parents will have to explain to their children, why.

I have worked in youth ministry for some time now and every youth minister would agree that there are moments in ministry when you get caught off guard. One of those moments I won’t soon forget is when one of the teens asked me “Why do Catholics hate gay people?” The question had me reeling. I asked her questions such as “Who told you that?” and “Do you believe that?” And so began a long, topical series on creation, chastity, marriage, and the family. I blanketed the youth group in the truth on what the Church teaches concerning the issue of ‘gay people’. I had to drive the point home that the Church hates no one. The Church, the ministry of Jesus Christ that has lived on through the Apostles and their successors, exists to gather all people into Christ so that the world might be saved. Often enough the Church finds herself engaged in the work of saving people from their selves.

Not long after the memorable moment that ended up redirecting the immediate direction of the youth group another thought came to my mind: What will I say when one of my own children ask me something like that? Certainly, my wife and I will dedicate ourselves to raising God-fearing, Catholic children but what about when someone at school tells them that their beliefs are hateful or wrong? The answer is actually simple. We need to teach all those entrusted to our care the truth about sin.

“Sin is present in human history; any attempt to ignore it or to give this dark reality other names would be futile. To try to understand what sin is, one must first recognize the profound relation of man to God, for only in this relationship is the evil of sin unmasked in its true identity as humanity’s rejection of God and opposition to him, even as it continues to weigh heavy on human life and history.” – CCC 386

My wife and I do our best to shield our children from the horrors that the major news networks plaster across our screens on a daily basis. It isn’t always easy; the world is an ugly place. The harsh reality is, is that one day we are going to have to talk to our children about the woes of modern secularism. I can tell you with certainty that our discussion on the ‘hot button’ issues such as homosexuality, relativism, pseudo-tolerance, and even race will all begin with a discussion about sin. If we are called to support the mission of the apostles and their successors of going and making disciples of all nations then we will be called to give an answer as to ‘why?’ and not just ‘what.’

An important jumping-off point would be to begin speaking about the fall of man and the residual effects of original sin. While emphasizing that original sin is sin that we have contracted and not committed, the effects of this ‘condition’ are still felt even after Baptism.

“Yet certain temporal consequences of sin remain in the baptized, such as suffering, illness, death, and such frailties inherent in life as weaknesses of character, and so on, as well as an inclination to sin that Tradition calls concupiscence…” – CCC 1264

Concupiscence: our tendency towards sinful behavior. Concupiscence is the innate desire to choose things of the flesh over the things of God. More directly: we are born with a tendency to do what ‘feels right.’ Unsurprisingly, a society that has, by all means, rejected the role of faith in their legislative process has embraced whatever feels right as the rule of law. After a while, societies adopt certain norms based on the spirit of that particular time. The thing is that societies are living organisms and are constantly evolving. Our tendency towards sin greatly affects whether or not we hold our faith as the ‘constant’ that orients our lives. When our faith takes a backseat our own desires take priority. For such reasons, certain outliers emerge in society and these outliers have the potential to bring about change or resistance. If these outliers are in conflict with the truth then we, as Christians, are obliged to resist them.

This is where the difference is made. How do we resist evil and pursue what is good? When the truth is a foreign idea to us ideologies like racism flourish. All forms of undue bigotry are rooted in ignorance and ultimately, in sin. When an outside force of will causes us discomfort or to move beyond ourselves, sin drives us to respond with hatred. Christ calls us to respond with love and love is rarely ‘what feels right.’ Love is virtuous. Love works for the greater good. Love causes us to put to death our tendency towards fulfilling our own will in exchange for pursuance of a higher will, God’s will. I can tell that this all sounds very abstract. Fortunately, the Church has given the world the truth about God’s will and, since we are in God’s image, the truth about ourselves.

The family is under attack and all of us, even our children, will face some form of persecution. In the roughest times, we must uphold the truth above all else. Our only hope for survival is to teach all those entrusted to our care the truth about sin. Accordingly, to ensure that despair does not lay hold of us, we must teach the appropriate response. We must teach about God’s love.